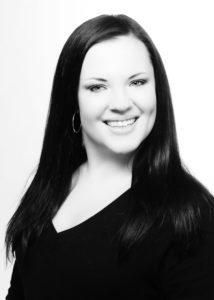 Originally from Janesville, WI, Britton began her dance training at the age of two and a half under the direction of Cheryl Schmidt. At the age of 15, she joined the Rockford Ballet Company’s production of the Nutcracker and began taking lessons at The Dance Department under the direction of Ted Jackson. She was the National Dance Alliance All-American 1996. From 1997 to 1999 she was a member of the Midwest Movement Dance Company also under the direction of Ted Jackson. During that time, she traveled all over the country performing, competing and taking classes from well-renowned choreographers such as Ray Leaper, Mia Michaels, Alex Mango and Wade Robson. Britton was a member of Attitudes from 2001-2004, an award winning performance company and competition team under the direction of Tanya Adkins. She has trained in New York City at the Broadway Dance Center with Tony award winning choreographer Michelle Assaf and at Lou Conte, the studio of the Hubbard Street Dancers in Chicago. She began her teaching career in 1997 at Dance Attitudes, Beaujangles, and Mirror Image Dance Academy. Britton is ecstatic to be part of the Stoughton Center for the Arts and looks forward to passing along all of her knowledge and experiences to others.